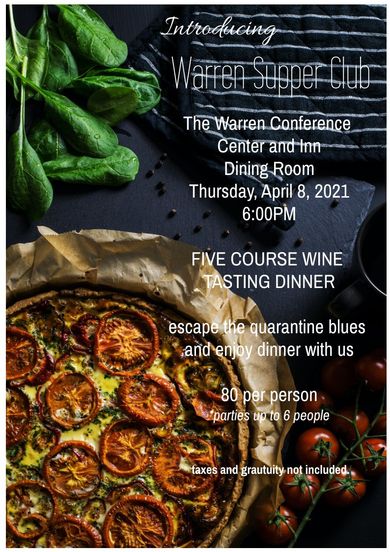 The first supper club in the United States was established in Beverly Hills, California, by Milwaukee, Wisconsin native Lawrence Frank. Supper clubs became popular during the 1930s and 1940s, although some establishments that later became supper clubs had previously gained notoriety as prohibition roadhouses. Traditionally supper clubs were considered a "destination" where patrons would spend the whole evening, from cocktail hour to nightclub-style entertainment after dinner. Featuring a casual and relaxed atmosphere, they are now usually just restaurants rather than the all-night entertainment destinations of the past.

The Warren Conference Center and Inn is introducing its own version of a Supper Club, held on the first Thursday of every month. Monthly menus will feature Chef created specialty items showcasing our newly crafted event menus; beer, wine and specialty cocktail pairings will be offered to enhance your dining adventure.

Keeping our guests and our staff healthy and safe is our top priority, so we’ve introduced some new standards at our venue to do just that. With extra sanitization methods, spacing table’s 6-feet apart, and face coverings required we’re following all of the state mandated COVID-19 protocols.

Reservations required, parties of up to six.

Please call 508.231.3000 or email at warren_guestservices@framingham.edu for reservations! 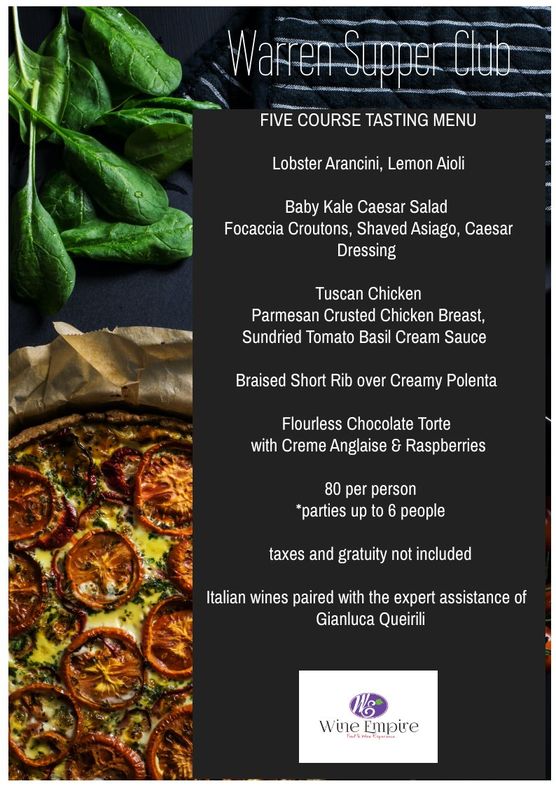