Warren Conference Center and Inn is located on over 100 acres adjacent to the Ashland State Reservoir.  The historic property is now home to corporate and social events for groups of all sizes.

Warren Conference Center and Inn owes its humble beginnings to a famous inventor and inspirational man, Henry Ellis Warren, and his devoted wife, Edith Smith Warren. Today when you visit 529 Chestnut Street in Ashland, Massachusetts you see a modern Conference Center and Inn located in a rustic setting only 25 miles from one of New England's most active business hubs, Boston. Our beautiful lodges, conference buildings and Inn did not always grace these grounds.

In 1907 the land that Warren Conference Center and Inn is now on was a working farm. Henry, known best for his invention of the Telechron clock, rented half of a farm house located on the property (known today as The Warren House, which has five meeting rooms) after he married a childhood friend, Edith Smith. Later on, they bought the entire house, 45 acres around it and two adjoining farms for a total of 175 acres comprising his "Upland Farm." Where CEOs, managers, and investment analysts now walk, used to be a pasture for a fine breed of purebred cows!

In 1957, after the death of Henry, Edith donated 40 acres of their farm to Northeastern University as The Warren Center for Physical Education and Recreation. Always a philanthropist like her husband, Edith made it a summer camp for handicapped and underprivileged children. Along these same lines, 30 acres were donated for a 4-H Center, which is today situated across the road from the Warren Conference Center and Inn. The dedication of The Warren Center took place on May 12, 1967 at which time the Warren Benevolent Society, started by Edith, made an additional donation of 104 acres to Northeastern University. The College was the primary user of the facility for its recreation and physical education curricula.

July of 1992 The Warren Center transformed into The Warren Conference Center, no longer a camp but a Conference Center used for meetings for the business sector. In 1995 The Warren House was renovated for additional space and the Telechron (named after Henry's clock) and Maple rooms were added to the already existing Birch, Spruce and Ash rooms. In 1997 The Northern Lodge, which used to be the camp infirmary, was also renovated and made into four private overnight guest room suites.

There have been many additions and improvements to the Center over the years. The Hayden Lodge, reminiscent of an alpine ski lodge, now has an expanded dining room and meeting facilities. A major addition to the existing buildings was, The Inn located just above the waterfront. The Inn offers 49 private overnight guestrooms with luxurious accommodations, two new state-of-the-art meeting rooms, and a health club facility.

Warren Conference Center and Inn is constantly adding to its rich heritage of serving the people of New England and abroad. Come and visit Ashland and see what we're all about. 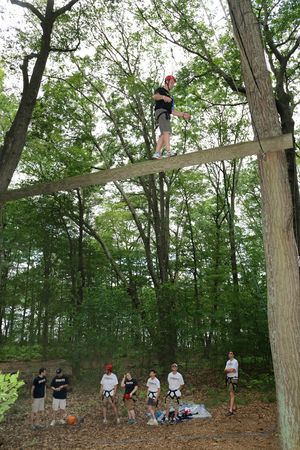 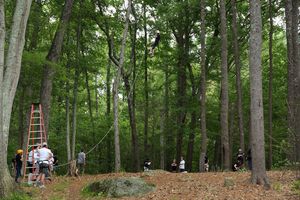 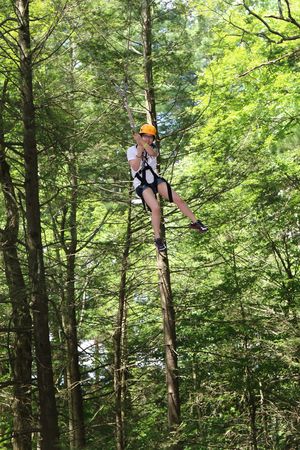 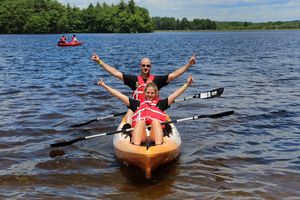 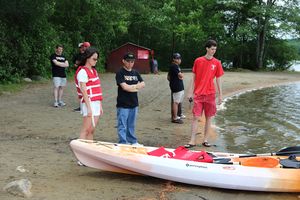 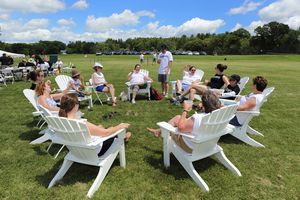 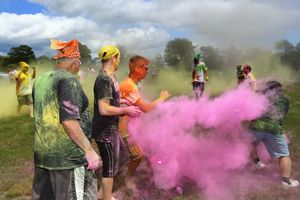 The beauty of the Warren Conference Center and Inn lies in its tranquil and natural setting.  Rich in history the over 100 acres of landscaped and wooded property is the back drop to the most productive meetings and the most beautiful of ceremonies.

The Athletic Fields
Located along Chestnut Street the fields are a prime location to host a corporate outing of any size.

Tented Pavilion
This 3200 sq. ft. private tented pavilion with paved ground and is located right in the middle of all of the excitement in the Athletic Fields. All activities, including guest parking, can be found in one spot for your group. This tent also has French window sides in case of inclement weather. This tent can accommodate up to 250 people. Additional tents can be rented for additional guest coverage.

The Hayden Lodge Front Patio
A 1000 sq. ft. open front brick patio adjacent to our dining room. This location is ideal for smaller groups that would like to remain in an intimate setting. This location can accommodate up to 50 people.

Pines Back Patio
Located on the back side of the Hayden Lodge this 2200 sq. ft. tented patio overlooks one of our luscious lawns and features its own private horseshoe pit.  Close to the entrance to the waterfront, the covered patio accommodates groups up to 200.

Lobby Deck
Located adjacent to the Inn lobby our deck features views of the woods of Ashland State Park.  With café tables a great spot for break out groups and small lunches.  Combined with the Inn lobby this deck is a great location for a cocktail party for up to 150 guests.

The Terrace
Our outdoor terrace located on the backside of the Inn features a wooden deck overlooking a beautiful curved brick patio with access to the path to the waterfront. This area accommodates groups up to 150 (weather permitting) for a delightful cocktail reception.

The Campfire Pit
Located across from the cabins the designated campfire pit has benches on all sides perfect for stories and conversation around the fire.

The Lawns at Warren
Our landscaped lawns offer a delightful spot for outdoor activities.  Perfect for a brief stretch or break from a meeting or an ideal backdrop for wedding photos. The many lawns are perfect to take in some fresh air and enjoy the natural surroundings.

The many buildings on the campus of the Warren Center add to the charm and the experience of the property.

The Warren House
The original home of Henry & Edith Warren features two floors of meeting and event space.  The Telechron and Maple rooms feature private entrances, many windows, working fireplaces and have built in projectors and screens.  These rooms are ideal for both meetings and social events alike

The Spruce, Ash and Birch rooms all located in The Warren House are all named for the trees they look out on.  These charming rooms are perfect for small meetings and groups of up to 8 guests.

The Hayden Lodge
Reminiscent of an alpine ski lodge, is home to the main and private dining rooms with a loft area overlooking the main dining room.  Two meeting rooms are located on the ground level.  The Pines and Arts Rooms feature access to the covered patio and back lawns.

The Inn
Built into the landscape close to the lake it features 49 overnight guest rooms, fitness center, lobby with a grand piano, a deck, terrace, and is home to the Reservoir Room.  The Reservoir Room has access to a brick covered patio, working fireplace and has two built in projectors with screens and white boards.

Learn more about our ropes course